As the first and only privately funded international institution in DPRK, PUST has played an integral part in teaching and leading. Since 2001, PUST has had over students graduate and hosted teaching professors from over countries.

Pyongyang University of Science and Technology (PUST) opened in 2010 to help the people of the DPRK address their own needs, in areas ranging from engineering to business to agriculture. It is the first private university in the DPRK, and classes are taught in English by foreign faculty.  More on the founding of PUST can be found here.

PUST currently has three departments out of its intended five in operation, and is in the process of starting its fourth: the Division of Medical Sciences.  DMS has the opportunity to provide a university education in the field of healthcare, where the students will be on par with their international peers. This opportunity has been unprecedented in the DPRK.

The PUST Division of Medical Sciences began as a small clinic, for the students and staff of PUST, in October of 2010. From 2010 to 2012, additional foreign and local staff joined the clinic, and dental teams from the U.S. also started regular short-term visits. During these visits, the dentists initiated the development of a dental clinic at PUST.

In May 2012, discussions began to formally open a Division of Medical Sciences at PUST, and supporters from all over the world mobilized for the Division under the leadership of Dr. Moses Kahng, who was appointed as its Founding Vice President. The Division would mirror the structure of existing medical colleges in the DPRK today. 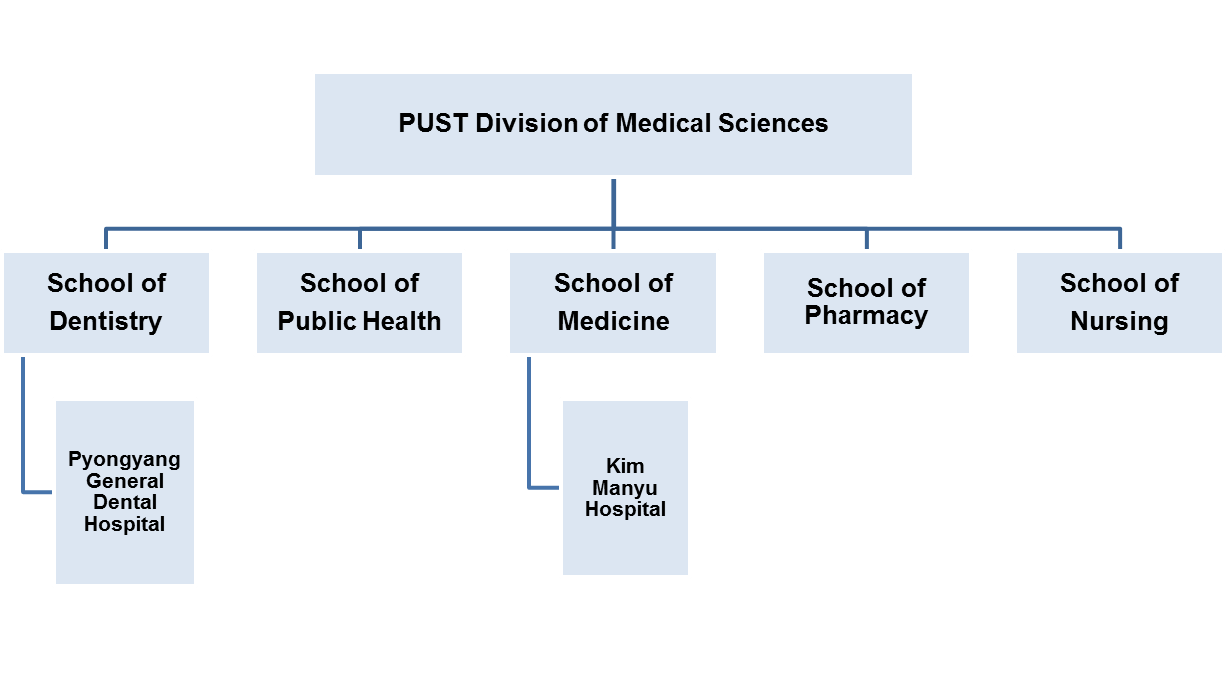 The five schools will be opened in phases. The deans for the College of Public Health, Dentistry and Medicine have been appointed, as these schools will be the first to open. PUST DMS has been granted partnerships with two hospitals in Pyongyang: Kim Man Yu Hospital – a general hospital – and Pyongyang General Dental Hospital. Both are to be used for clinical training.

In May 2014, PUST held a groundbreaking ceremony to officially start the construction  for the Division of Medical Sciences.